Declare Your Independence from Tyranny, America 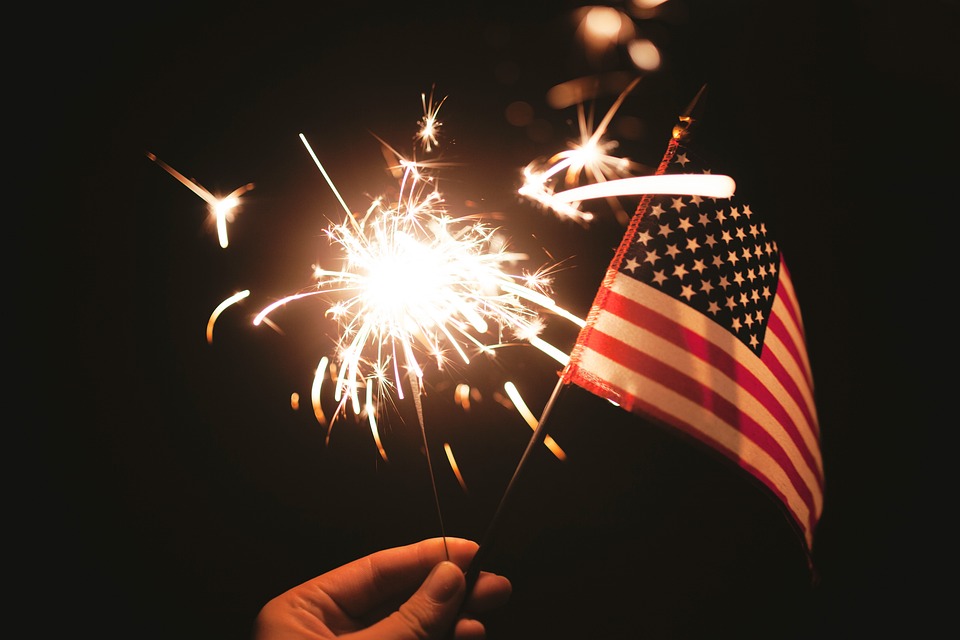 Imagine living in a country where armed soldiers crash through doors to arrest and imprison citizens merely for criticizing government officials.

Imagine that in this very same country, you’re watched all the time, and if you look even a little bit suspicious, the police stop and frisk you or pull you over to search you on the off chance you’re doing something illegal.

Keep in mind that if you have a firearm of any kind (or anything that resembled a firearm) while in this country, it may get you arrested and, in some circumstances, shot by police.

If you’re thinking this sounds like America today, you wouldn’t be far wrong.

However, the scenario described above took place more than 200 years ago, when American colonists suffered under Great Britain’s version of an early police state. It was only when the colonists finally got fed up with being silenced, censored, searched, frisked, threatened, and arrested that they finally revolted against the tyrant’s fetters.

No document better states their grievances than the Declaration of Independence, drafted by Thomas Jefferson.

A document seething with outrage over a government which had betrayed its citizens, the Declaration of Independence was signed on July 4, 1776, by 56 men who laid everything on the line, pledged it all—“our Lives, our Fortunes, and our sacred Honor”—because they believed in a radical idea: that all people are created to be free.

Labeled traitors, these men were charged with treason, a crime punishable by death. For some, their acts of rebellion would cost them their homes and their fortunes. For others, it would be the ultimate price—their lives.

Yet even knowing the heavy price they might have to pay, these men dared to speak up when silence could not be tolerated. Even after they had won their independence from Great Britain, these new Americans worked to ensure that the rights they had risked their lives to secure would remain secure for future generations.

The result: our Bill of Rights, the first ten amendments to the Constitution.

Imagine the shock and outrage these 56 men would feel were they to discover that 246 years later, the government they had risked their lives to create has been transformed into a militaristic police state in which exercising one’s freedoms—at a minimum, merely questioning a government agent—is often viewed as a flagrant act of defiance.

In fact, had the Declaration of Independence been written today, it would have rendered its signers extremists or terrorists, resulting in them being placed on a government watch list, targeted for surveillance of their activities and correspondence, and potentially arrested, held indefinitely, stripped of their rights and labeled enemy combatants.

Read the Declaration of Independence again, and ask yourself if the list of complaints tallied by Jefferson don’t bear a startling resemblance to the abuses “we the people” are suffering at the hands of the American police state.

Here’s what the Declaration of Independence might look and sound like if it were written in the modern vernacular:

There comes a time when a populace must stand united and say “enough is enough” to the government’s abuses, even if it means getting rid of the political parties in power.

Believing that “we the people” have a natural and divine right to direct our own lives, here are truths about the power of the people and how we arrived at the decision to sever our ties to the government:

All people are created equal.

All people possess certain innate rights that no government or agency or individual can take away from them. Among these are the right to Life, Liberty and the pursuit of Happiness.

It is not wise to get rid of a government for minor transgressions. In fact, as history has shown, people resist change and are inclined to suffer all manner of abuses to which they have become accustomed.

This is exactly the state of affairs we are under suffering under right now, which is why it is necessary that we change this imperial system of government.

The history of the present Imperial Government is a history of repeated abuses and power grabs, carried out with the intention of establishing absolute tyranny over the country.

To prove this, consider the following:

The government has, through its own negligence and arrogance, refused to adopt urgent and necessary laws for the good of the people.

The government has threatened to hold up critical laws unless the people agree to relinquish their right to be fully represented in the Legislature.

In order to expand its power and bring about compliance with its dictates, the government has made it nearly impossible for the people to make their views and needs heard by their representatives.

The government has repeatedly suppressed protests arising in response to its actions.

The government has obstructed justice by refusing to appoint judges who respect the Constitution and has instead made the courts march in lockstep with the government’s dictates.

The government has allowed its agents to harass the people, steal from them, jail them and even execute them.

The government has turned the country into a militarized police state.

The government has conspired to undermine the rule of law and the constitution in order to expand its own powers.

The government has allowed its militarized police to invade our homes and inflict violence on homeowners.

The government has failed to hold its agents accountable for wrongdoing and murder under the guise of “qualified immunity.”

The government has jeopardized our international trade agreements.

The government has overtaxed us without our permission.

The government has denied us due process and the right to a fair trial.

The government has engaged in extraordinary rendition.

The government has continued to expand its military empire in collusion with its corporate partners-in-crime and occupy foreign nations.

The government has eroded fundamental legal protections and destabilized the structure of government.

The government has not only declared its federal powers superior to those of the states but has also asserted its sovereign power over the rights of “we the people.”

The government has ceased to protect the people and instead waged domestic war against the people.

The government has plundered our seas, ravaged our coasts, and destroyed the lives of the people.

The government has employed private contractors and mercenaries to carry out acts of death, desolation and tyranny, totally unworthy of a civilized nation.

The government through its political propaganda has pitted its citizens against each other.

The government has stirred up civil unrest and laid the groundwork for martial law.

An Imperial Ruler who acts like a tyrant is not fit to govern a free people.

They have rejected our plea for justice and brotherhood. They are equally at fault for the injustices being carried out by the government.

Thus, for the reasons mentioned above, we the people of the united States of America declare ourselves free from the chains of an abusive government. Relying on God’s protection, we pledge to stand by this Declaration of Independence with our lives, our fortunes and our honor.

In the 246 years since early Americans first declared and eventually won their independence from Great Britain, “we the people” have managed to work ourselves right back under the tyrant’s thumb.

Only this time, the tyrant is one of our own making: the American Police State.

The abuses meted out by an imperial government and endured by the American people have not ended. They have merely evolved.

“We the people” are still being robbed blind by a government of thieves.

We are still being taken advantage of by a government of scoundrels, idiots and monsters.

We are still being locked up by a government of greedy jailers.

We are still being spied on by a government of Peeping Toms.

We are still being ravaged by a government of ruffians, rapists and killers.

We are still being forced to surrender our freedoms—and those of our children—to a government of extortionists, money launderers and corporate pirates.

And we are still being held at gunpoint by a government of soldiers: a standing army in the form of a militarized police.

Given the fact that we are a relatively young nation, it hasn’t taken very long for an authoritarian regime to creep into power.

Unfortunately, the bipartisan coup that laid siege to our nation did not happen overnight.

It snuck in under our radar, hiding behind the guise of national security, the war on drugs, the war on terror, the war on immigration, political correctness, hate crimes and a host of other official-sounding programs aimed at expanding the government’s power at the expense of individual freedoms.

As I make clear in my book Battlefield America: The War on the American People and in its fictional counterpart The Erik Blair Diaries, the problems we are facing will not be fixed overnight: that is the grim reality with which we must contend.

Yet that does not mean we should give up or give in or tune out. What we need to do is declare our independence from the tyranny of the American police state.