'Zero COVID': The Cringest Fringe Sect of the Branch COVIDians 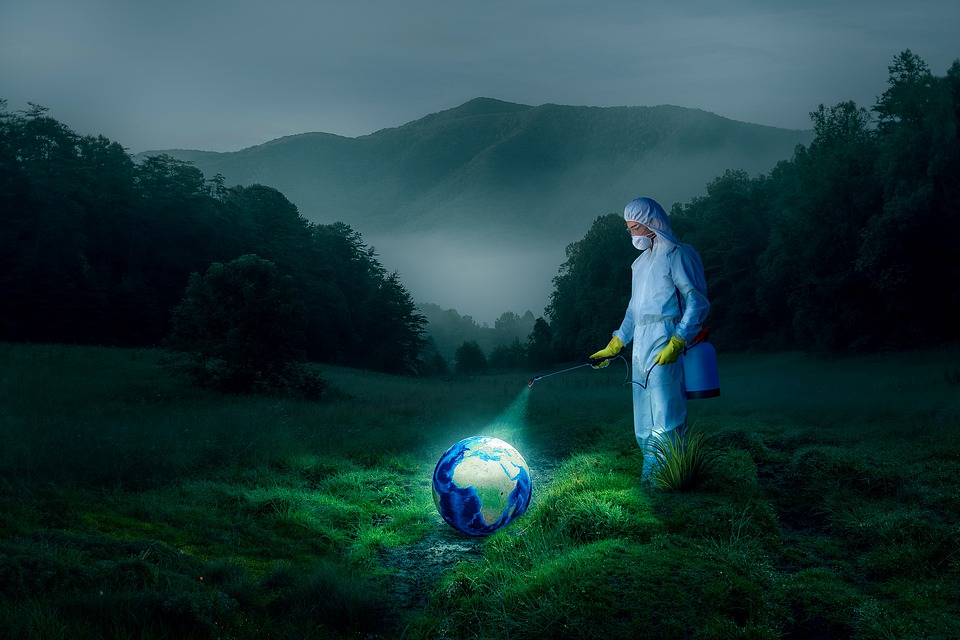 The left notoriously houses unique, insular, and nearly intellectually impenetrable (mostly online) subcultures. The "Zero COVID" faction is among them, and arguably the most fascinating.

"Zero COVID" references a movement that earnestly advances the absurd proposition that, as if by magic, if we had just locked down harder, for longer, COVID would have gone away.

The problem, according to Zero COVID doctrine, isn't the massive economic and social damage wrought by years of forced masking, business closures and vaxx mandates, and all the wrecked mental health, collapsed supply lines, and tribalistic social division that resulted.

Those are all the acceptable costs of Zero COVID. The problem with lockdowns, according to Zero COVID dogma, is that they weren't stricter and more vigorously enforced – that more people weren't locked in their homes, accompanied by only social deprivation and alcohol; that more churches weren't forced to close; that more children's psychological developments weren't harmed.

Zero COVID people regularly Tweet about the "eugenics" state directed by the federal government, which is committing a literal genocide by allowing COVID to spread through the population (like viruses do).

They continue to treat the pandemic as if it is primarily a messaging and perception problem rather than a daily mass death event that demands strong federal action https://t.co/LnvTKsdqHl

Zero COVID proponents posture as the enlightened moral superiors to the mouth-breathers who won't go along with their program.

Those of us who wear masks everywhere are not neurotic. We are informed. Even mild Covid damages vascular system, heart, brain, organs, immune system, eyes, ears, fertility, sexual function, cognition, and more...often silently at first. A mask is no big deal. Organ damage is.

Like all of the left's most effective social control ideas, they got it from China – the "basic dictatorship" for which Canadian PM Justin Trudeau casually declared his admiration.

Fascinatingly, Zero COVID intersects with another insular, terminally online faction on the left, "disability culture." The shared ideological principle is that a eugenicist society is targeting handicapped and/or immunocompromised people for destruction, and using COVID policy to do that by exposing them to the virus intentionally. Society "wants them dead."

The longer I'm "removed" from society, the less I want to go back. I am far too permanently damaged to ever again feel at home in a society that wants me dead.

Challenging their narrative isn't political disagreement; it's "psychological abuse" in the same way that AOC once claimed criticism of her Congressional voting record is "literal violence."

Lately, The ZERO COVID people have begun plotting how to evade Public Health© directives – specifically, how to lie to pharmacists to receive Novavax boosters even though they're not eligible because they recently received an mRNA "vaccine."

An antifa group protests in Brisbane, Australia over the weekend calling for stricter government action on Covid-19. pic.twitter.com/2ZT5qYBExU

Disobeying orders from the Lord of the Manor, the CDC? So much for "Respecting the Science©"!

Perhaps the only meaningful political commonality shared by the Zero COVID cult and normal people is their hatred for the managerial class.

Zero COVID true believers are so fanatical and insular that they have given up fighting the #MAGA threat and instead now mostly direct their vitriol toward liberals, whom they blame for not cracking down hard enough on the non-compliant peasants.

Whereas liberals celebrate the work of Public Health© experts such as COVID Warlord Fauci, Zero COVID cultists target them most viciously of all when they deviate, even slightly, from the total-lockdown-everywhere-forever policy gold standard.

Dr. Leana Wen, previously of Planned Parenthood fame, current CNN contributor and darling of the lockdown left broadly, has been so brutal in her Public Health© prescriptions as to liken the unvaxxed to drunk drivers and called for their banning from public transportation.

.@DrLeanaWen: “There are privileges associated with being an American. That if you wish to have these privileges, you need to get vaccinated. Travel, and having the right to travel in our state, it’s not a constitutional right as far as I know to board a plane." pic.twitter.com/eyhEVooV20

All that notwithstanding, when Wen began to tepidly push for school reopening as late as 2022 in the districts that were still doing the farce of "distance-learning" because she noticed that her own child's language development was harmed by the same policies she consistently advocated for nearly two years, the Zero COVID left turned on its own, as the fracturous left is wont to do.

This person has no degree in public health . None whatsoever. She has a master’s in Econ. Yet, she’s a respected leader in the public health field. We need to have higher standards for our field. We’ve seen what happens when economists lead us. pic.twitter.com/IlYaWHDjZb

The Zero COVID faction meets any criticism whatsoever of the vaxx-test-mask regimen with accusations of murder and/or genocide:

Or how to succeed at exacerbating and maximizing damage of a pandemic, if that was the intended goal all along. https://t.co/Zj5H2LwYEP

If you spend any amount of time browsing through Zero COVID content online, you will find that a large swathe of the members is also proud Antifa infantry.

The messaging and self-labeling are very confused. Seemingly unaffected by cognitive dissonance, they brand themselves as "anti-fascists" while simultaneously cheerleading unprecedented government power grabs at the behest of the oligarch class.

Small-time mom-and-pop shops when out of business by the thousands while the locked-down peasants ordered everything via Amazon and whiled away the days vegged out in front of Netflix, drunk on wine.

Yet, the Zero COVID left's ideological mission appears to be to fully invert reality. Again, because nothing means anything in this postmodern hellscape, championing the weaponized-fear-for-profit-and-social-control COVID scam that was tag-teamed by multinational corporations and government – the combination of state and corporate power being the literal definition of fascism – is actually anti-fascist.

Black is white. Selfishness is altruism. Slavery is freedom.

Sociologists -- in a saner time, when they start doing genuine research again and aren't dominated by women's studies overlords who insist on dumping all the available funds into non-binary accessibility to patriarchal ping-pong culture or whatever -- will have a heyday trying to parse out how all this happened, and what became of our collective sanity.

Thursday, November 10, 2022 - Pfizer Boasts of “Multi-Billion Dollar” COVID Vaccine Franchise as it Marks Up Price by 10,000 Per Cent

Pfizer’s Chief Financial Officer boasted that the COVID vaccine franchise represents a “multi-billion dollar” market for years to come as it marked up prices by 10,000 per cent.

Thursday, November 10, 2022 - UK Man Sent To PRISON For 6 Months For Serving Snacks At Club During Lockdown

A 72-year-old man has been sentenced to six months in prison for the crime of serving mince pies with wine at his shooting club in 2020 while the area was under a lockdown.

A potentially deadly new strain of COVID has been created in a University lab in London, according to a report.

The old civilizations claimed that they were founded on love or justice. Ours is founded upon hatred. In our world there will be no emotions except fear, rage, triumph, and self-abasement. Everything else we shall destroy—everything. Already we are breaking down the habits of thought which have survived from before the Revolution. We have cut the links between child and parent, and between man and man, and between man and woman. No one dares trust a wife or a child or a friend any longer. But in the future there will be no wives and no friends. Children will be taken from their mothers at birth, as one takes eggs from a hen. The sex instinct will be eradicated. Procreation will be an annual formality like the renewal of a ration card. We shall abolish the orgasm. Our neurologists are at work upon it now.

Friday, October 28, 2022 - The Covid pandemic was most likely the result of a lab leak, according to an explosive Senate report

The Covid pandemic was most likely the result of a lab leak, according to a bombshell Senate report. Policymakers said there was 'substantial' evidence of an accident at a research facility — while evidence for a natural spillover is 'still missing'. The interim report concluded that China 's unwillingness to cooperate or open up the lab in question meant it 'no longer deserves the benefit of the doubt'.

Senator Rand Paul called for answers Monday in a letter to CDC director Rochelle Walensky detailing how the agency contracted PR firm Weber Shandwick, which also represents Pfizer and Moderna, to carry out research for the National Center for Immunization and Respiratory Diseases.

Mass surveillance during the first months of the US lockdowns.